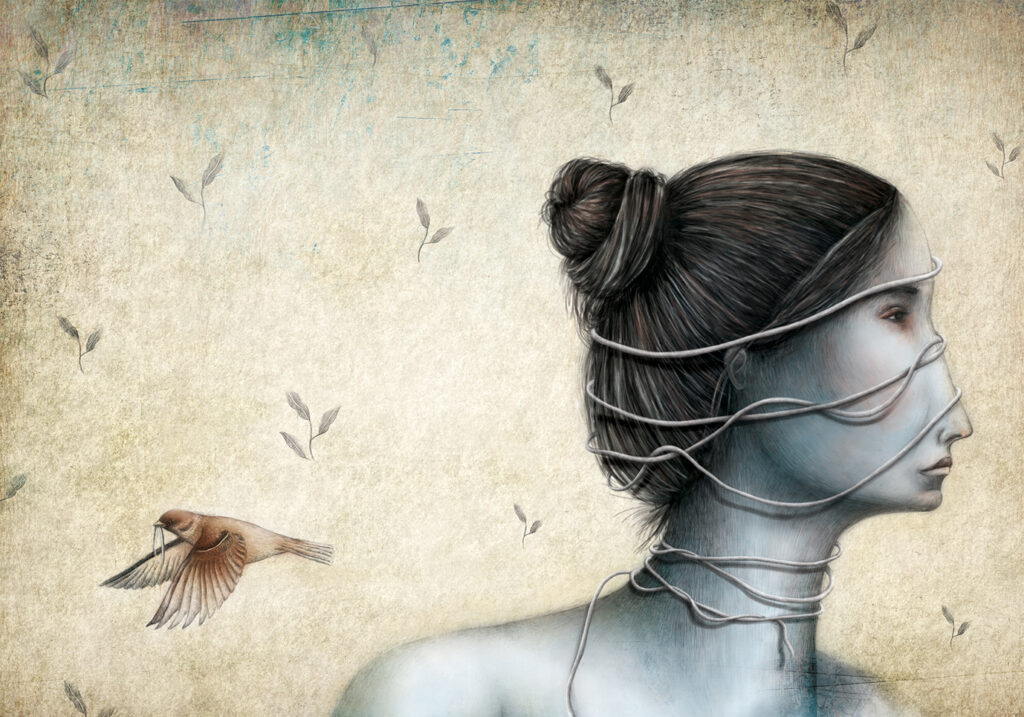 This collection is about men and women who try to discover their own world and their invisible effects on others’ life. Undoubtedly, such a journey of discovery is not easy. It requires great courage and honest to face yourself at high and low points in your life. It needs a long time loneliness and thinking deeply to find his/ her voice to rebirth again. In starting this project, my aim was to show people the invisible ropes that have a deep influence on our lives and make us follow movements, thoughts, and vagabond ideologies without knowing where they all lead to. I don’t want to people for that matter, how to act. I want to show how much more beautiful life can be if we untie the ropes that bind us and let our spirits spread their wings in flight.

At first, I was inspired to start this project by looking at the women of Iran and their all-too-visible barriers, but the more I delved into this matter, the more questions arose in my mind. I began to see a greater number of invisible ropes that have not only been tied around the women of Iran, but also all women and men around the world. These invisible ropes have taken away the freedom of both people and countries by restricting free movement. Free movement of people, that is the freedom of thought and action, is the deeper definition of freedom, not just the superficial meaning. The invisible, freedom-restricting ropes are called by different names in different countries. In some places they are called “religion”, while in other places they take the name of “tradition”, or “politics”. These ropes even take on different colors, shapes, and smells, but they can be identified by the fact that their appearance makes us forget about the real meaning of freedom.

This collection was featured at ErranT ( Spain), and Illustrade ( Germany)